Difference between revisions of "GRASS GUI"

NOTE: This section should be completed

wxPython seems to be the best tool for "new generation gui", because of it's multiplatformity and native look&feel on various platforms.

Where to get it

Jachym suggests to move the development to GRASS-Addons subversion repository, until it is "mature enough". Subversion enables for example to rename files, which could be useful. Current version can be found at https://grasssvn.itc.it/grasssvn/grassaddons/trunk/grassaddons/gui/#_trunk_grassaddons_gui_ and downloaded with command 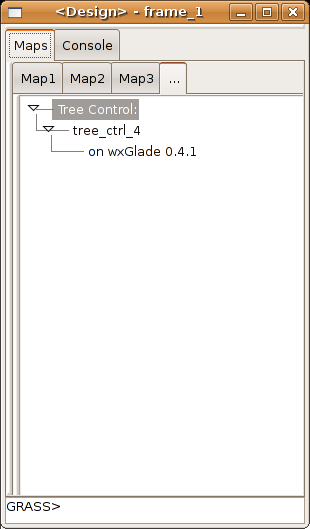 The wxGlade definition file is avaliable in the subversion repository

*****The wxPython code is moving to the GRASS CVS. You should look for the newest versions there. Volunteers to help with the new GUI are welcomed!***** Cmbarton

Update 19:02, 7 August 2006 (CEST)I just uploaded a new version of gism.py and related files. I'll keep an archive and so am changing the link to go to the folder rather than the file itself so I won't have to keep changing the link. This update includes the following changes:

This can now be called from the command console (just type in the command name with no arguments as you do now) or the prototype menus. I updated grassgui.py to current wxPython syntax (mostly) and added methods to make it callable from other modules.

Initial development has begun on the next generation UI for GRASS. wxPython is the leading contender for a platform in which to continue development of the GRASS GUI. wxPython is a Python implementation of the well known wxWidgets (formerly wxWindows) interface development platform for C++. An initial demonstration was developed by Jachym Cepicky to show the possibility of controling GRASS via wxPython. A second generation prototype has been completed, building on Jachym's work. It is available for testing and further development at link above. --Cmbarton 07:15, 4 August 2006 (CEST)

Summary of 2005 discussions on next generation UI for GRASS

Compiled emails from 2005 discussions on next generation UI for GRASS