cat – category in tlayer (layer with turntable), which corresponds to both lines in turn

ln_from – unique category in tucats layer assigned to the line

ln_to – unique category in tucats layer assigned to the line

isec – point category in tucats layer, which represents the intersection, where the turn belongs

angle – angle between the lines before and after the intersection (radians) 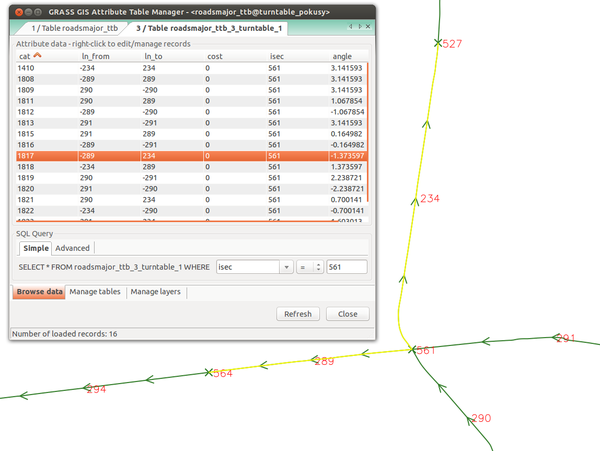