The Map Swipe is a wxGUI application which allows GRASS users to interactively compare two raster maps of the same area by revealing different parts of the raster maps. It is useful e.g. for comparing raster maps from different time periods. See also the manual.

The Map Swipe is available in GRASS 7 from the menu

and will be backported to GRASS 6 after some testing. 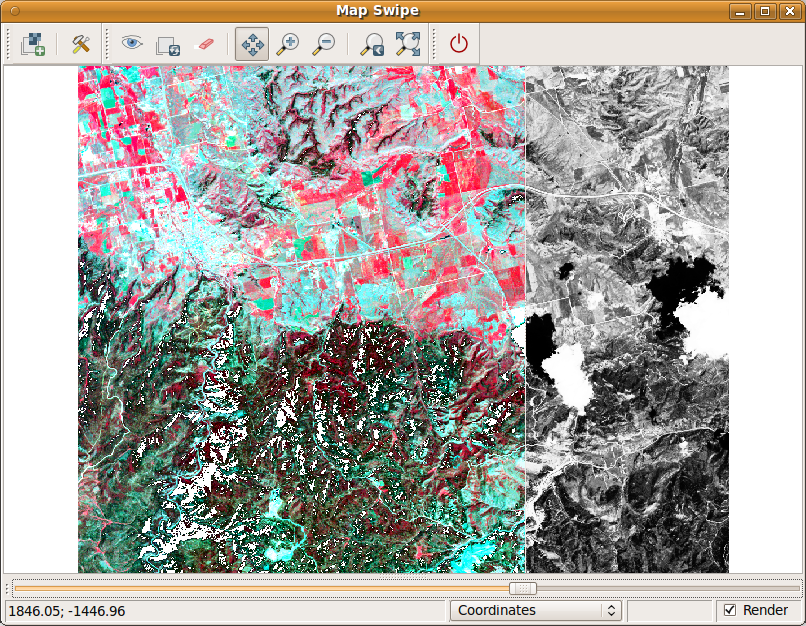 You can use the North Carolina sample dataset (download) for this test: 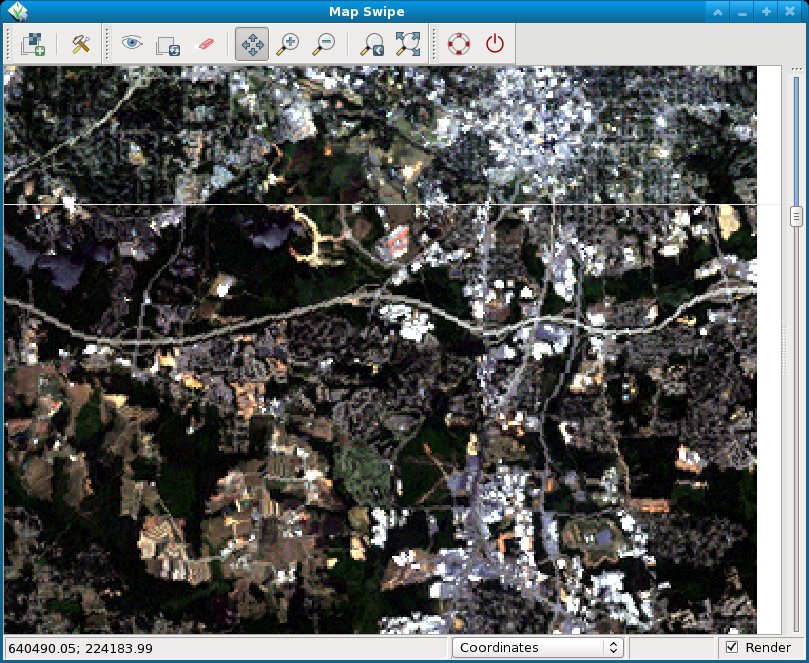 The Map swipe tool is particularly interesting for pre and post disaster analysis of satellite or other images. 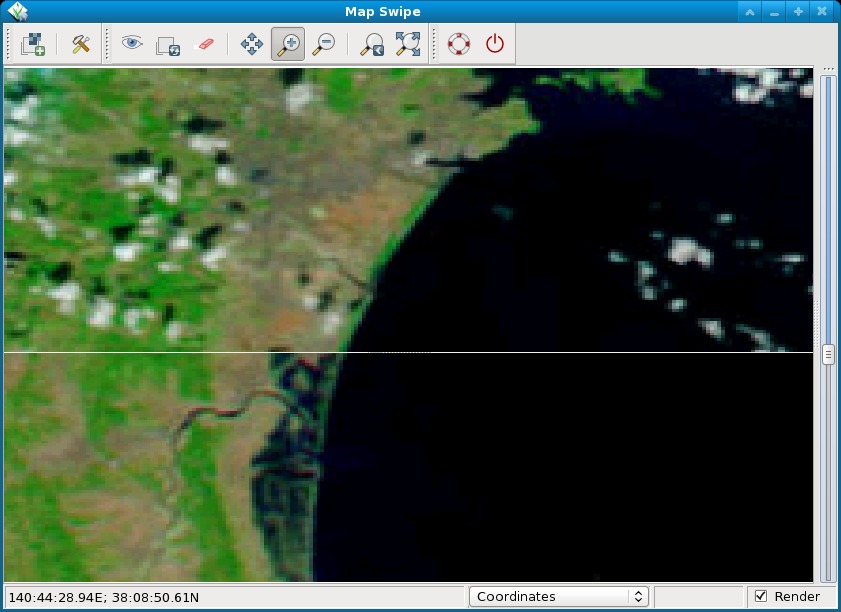 Pre and post disaster images of the tsunami in Japan in 2011. The upper MODIS image taken on February 26, 2011, shows the coastline under normal conditions while the lower MODIS image on March 13, 2011, shows a clear view of tsunami flooding along the coastline. Water, black and dark blue in these false-color images, still covers the ground as much as five kilometers (three miles) from the coast. Source: http://earthobservatory.nasa.gov/NaturalHazards/view.php?id=49634