1: Starting seed pixels for the segments

2: Current input limit is 2 billion starting segments, constrained by "int" data type for segment ID. Consider long int, and/or dynamic allocation of different storage depending on what is needed. (MM: Unfortunately you are stuck with the largest integer type that a GRASS raster supports with is 32 bit integer. Internally you could use larger integer types, but then you can not save the results... EM: Hmm, if the segments are renumbered sequenctial at the end, it would be possible to then save them if the resulting number of segments is less then 2 billion... Does anyone want to segment a raster with more than 2 billion pixels? As a work around, larger maps could be processed, if a random selection of pixels are used as seeds... At a minimum, put this limitation in as error checking and the documents.)

2: Neighbor finding, keep a tree structure of found neighbor segments to reduce the number of neighbor pixels that the similarity function will be run on.

2: Search continuation. If Ri isn't Rk's best neighbor, then use Rk as the next Ri. (Skips one neighbor finding routine.)

2: Consider peano or other ordering for pixel processing (instead of row major order), should help processing time if an entire "row" of segments are not in RAM.

?: change candidate flag to int (compare with pass number) to avoid resetting each time. (32x RAM requirement for the flag, is it worth it?)

2: Use "zero" for segment ID's of Null cells, discard the NULL flag. (Need to check speed impact with Seg ID in SEG storage.)

3: Put segment ID in SEG instead of RAM. (Possibly make this dependent on available RAM?) (Only consider if we run into RAM limitations.)

2: Make the output segment ID's sequential (currently they have what ID the "first" pixel in the segment had).

2: There are many small TODO scattered in the code. Resolve some easy questions to clean up the code.

3: GUI (to combine i.segment with the stats module) 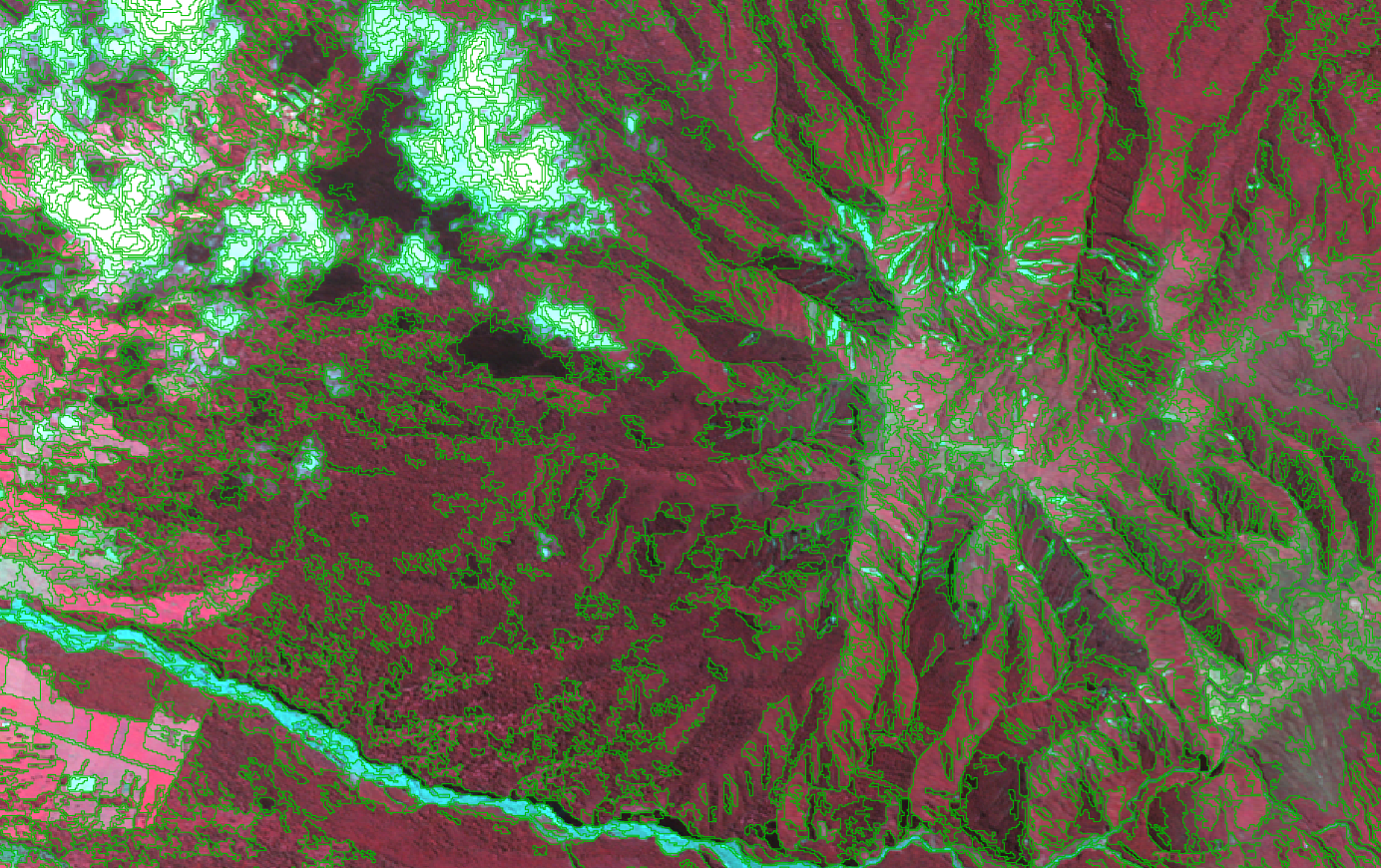