The following hints assume to work on a working-copy of the GRASS GIS source code.

On UNIX (Linux, Mac OS, and Cygwin) directly after a command line module ends you can type "echo $?" and it will tell you the exit code. In a MS-Windows DOS box the equivalent command is "echo %errorlevel%".

Alternatively, you can add arguments to gdb directly on the command line:

Additionally, you can tell it to run the process right away:

in gdb, use "attach <pid>" to attach to an existing process (needed for DBMI or d.mon debugging, etc).
For details, see this hint

How to solve “ptrace operation not permitted” when trying to attach GDB to a process? Run the following (source) 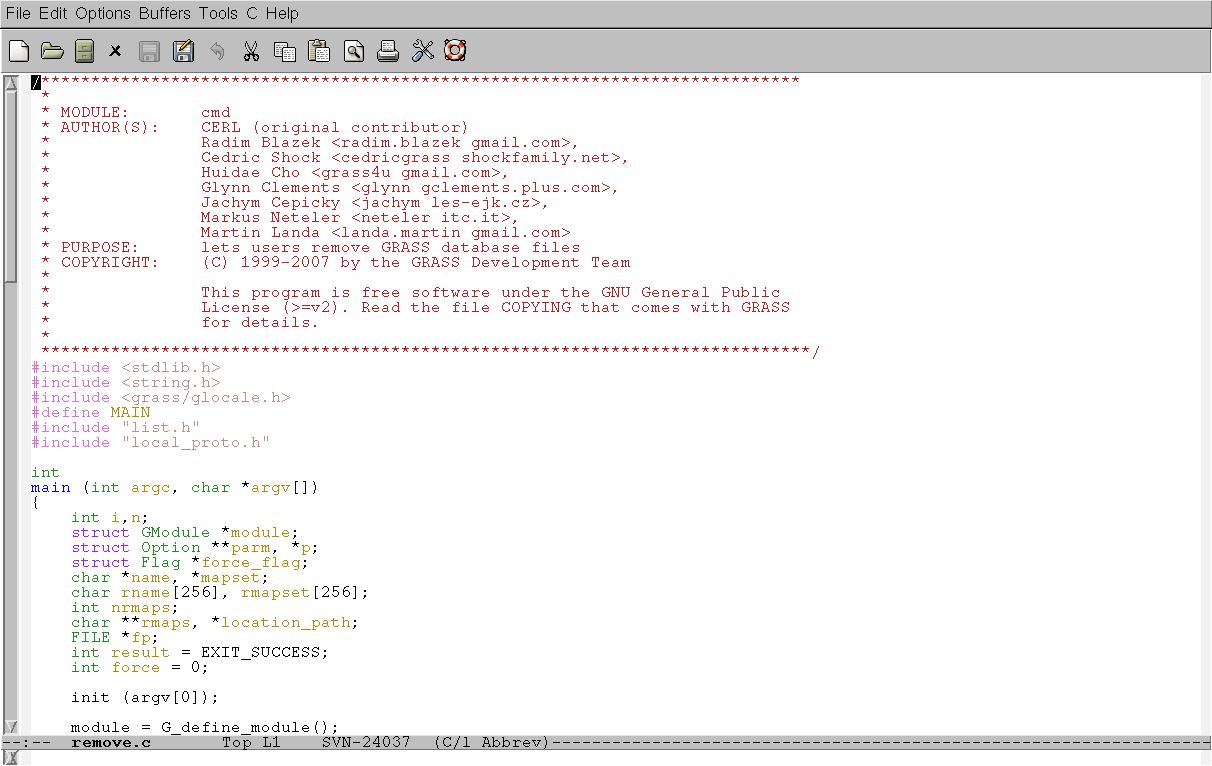 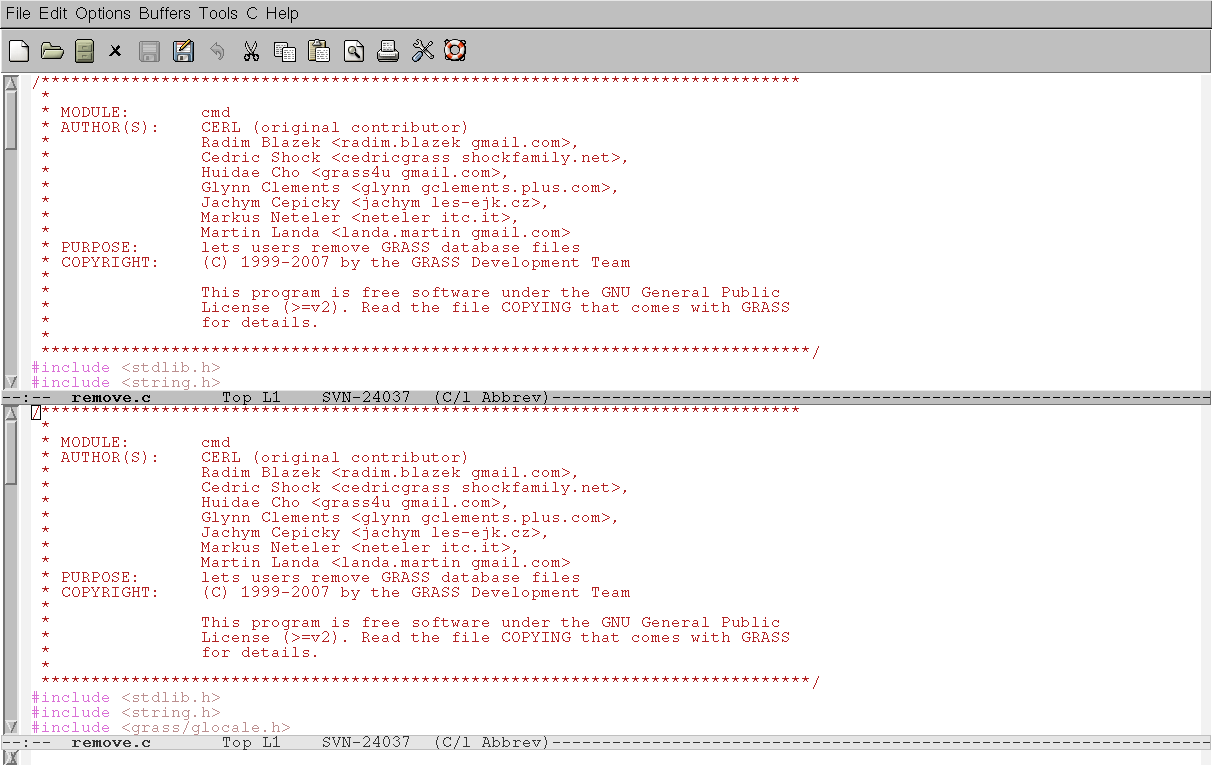 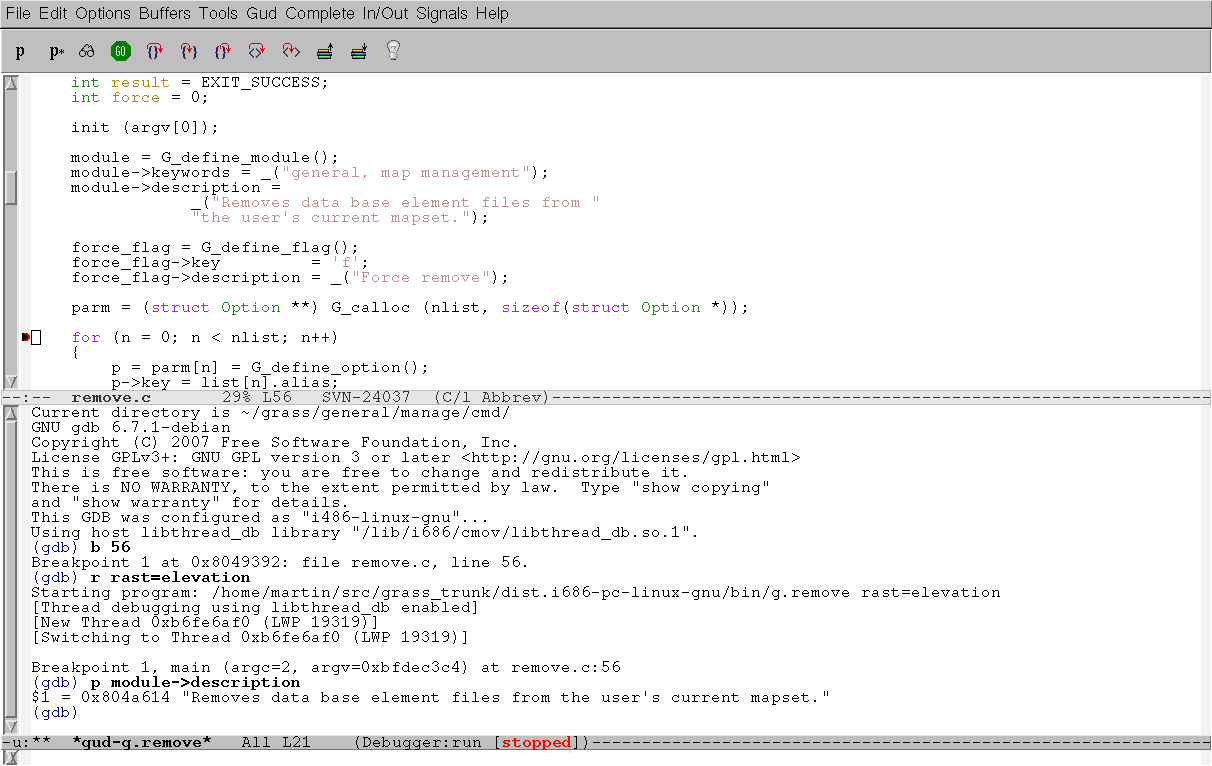 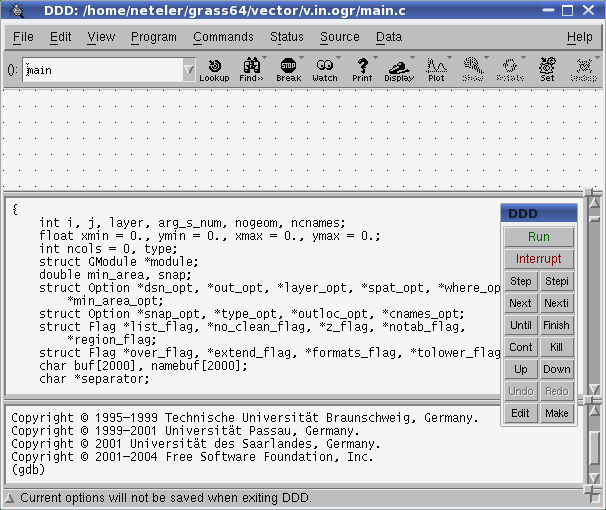 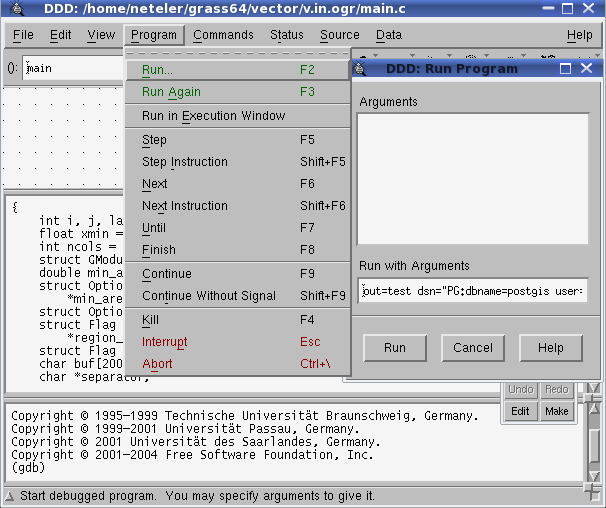 ldd is good for spotting if the right libraries are used (in the correct path etc).

then please run valgrind again with --show-reachable=yes as you will want to find out where these 9,025,026,330 bytes (in this example) have been allocated.

Profiling a program: Where does it spend its time?

It will generate the profiling data and store in the file gmon.out.

Use gprof to generate human readable output from the file gmon.out:

To store the output in a reporting file, run

While "s" will descend in functions, "n" will go to the next line.

To show the source code, use "ll".

See the manual for Debugger Commands

Functions can be traced using the 'trace' module. It generates a trace of program execution, and annotated statement coverage and more.

For unix with a style shell use export: